The UQ Science Demo Troupe has science demonstrations and workshops that cover many topics.

Whether we realise it or not, we're always under pressure - air pressure! To highlight this, the UQ Science Demo Troupe has plenty of demonstrations that show the different ways air pressure can act and how strong it can be. In addition, we also demonstrate other forms of pressure, which includes the infamous bed of nails. 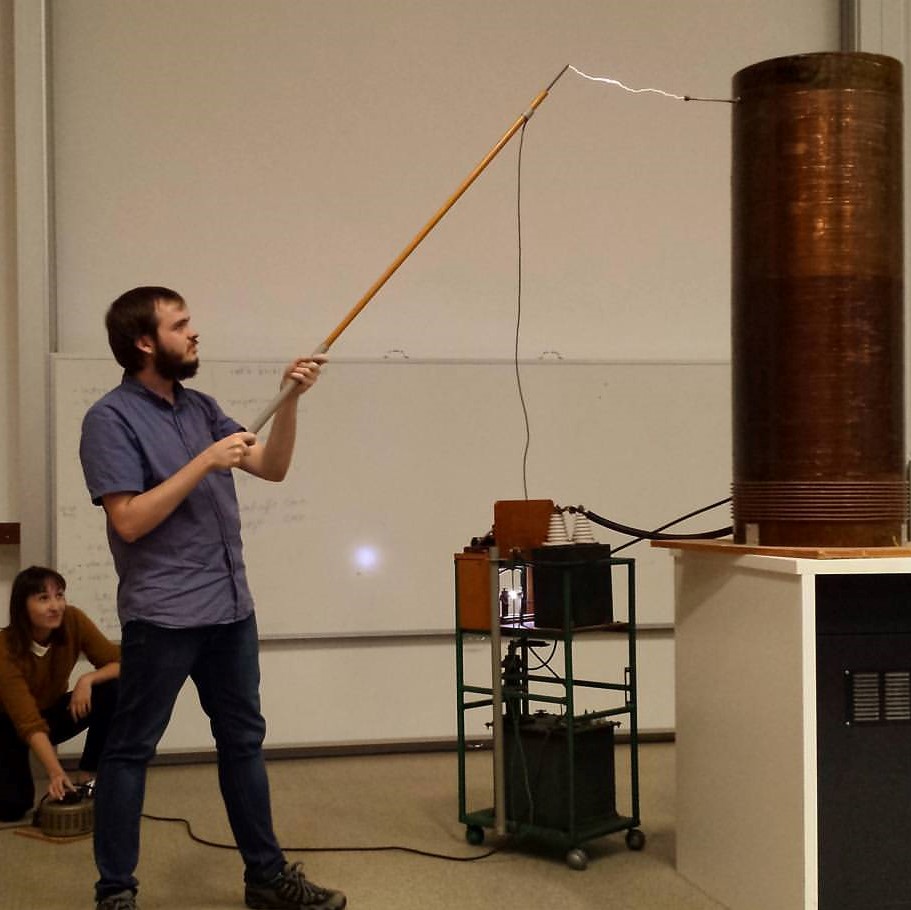 Electromagnetism is one of the four fundamental forces of the universe and is something we humans rely heavily on. With electricity flowing through most walls and appliances, and magnets being found not just on the fridge but also in radios, computers and cars, electric and magnetic fields are everywhere. Understanding these invisible forces, and the phenomena they produce, is made easy with demonstrations of induction currents, magnetic braking and Eddy currents. The UQ Science Demo Troupe can even make lightening with a giant Tesla coil. 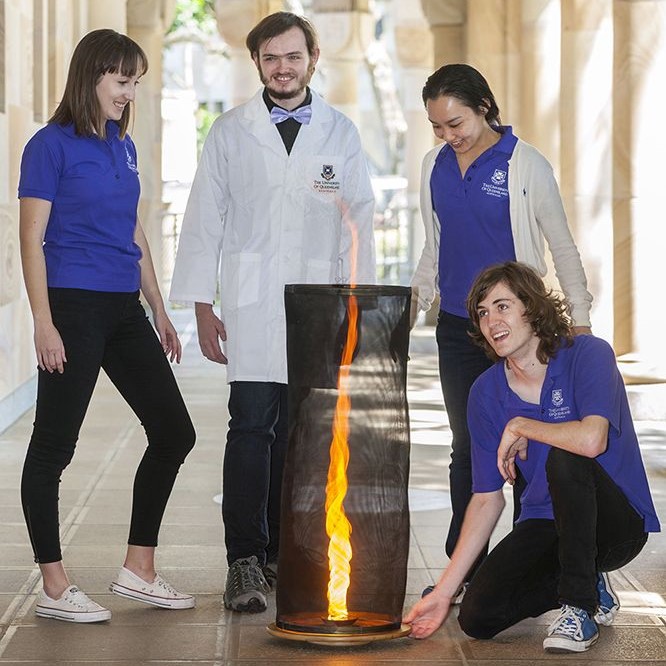 Whether used for heating, cooking or providing light, fire has been invaluable to humans. From how things burn to how flames behave, fire is certainly intriguing and, with the ability to make explosions, very exciting. The UQ Science Demo Troupe explains the science behind fire through a wide range of demonstrations which include making fireballs and flame tornados. 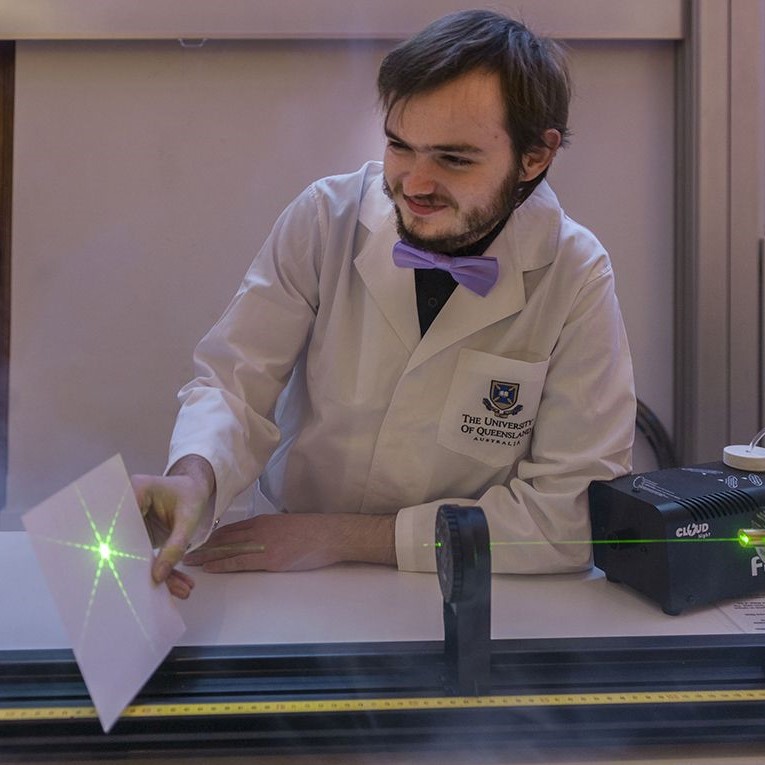 The UQ Science Demo Troupe can shed some light on light! With its dual wave/particle nature, light can produce many interesting phenomena, such as diffraction patterns. Using polarisers, diffraction gratings, optical fibres, lasers, slinkies and even plastic forks, all the science of light can be seen. 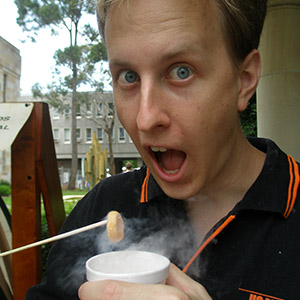 Everyone likes to see what is cool and exciting, and there is nothing cooler than liquid nitrogen, literally! At 196 degrees below freezing, liquid nitrogen is probably the coldest thing you're ever going to see in your lifetime. The UQ Science Demo Troupe has many demonstrations that highlight the weird and wacky science that happens at low temperatures, which include superconductors, explosions, rockets and loud noises. If you're lucky, you may even be able to eat something that's almost 200 degrees below zero!

Maths is everywhere. Whether it's making money on the stock market, rescuing people tied to railroad tracks or collecting donations to save an endangered unicorn you can bet there's maths involved. During our maths workshops we demonstrate how mathematics impacts every aspect of our lives and teach some of the maths behind cryptography, winning the lotto, knot theory and even juggling, just to name a few. 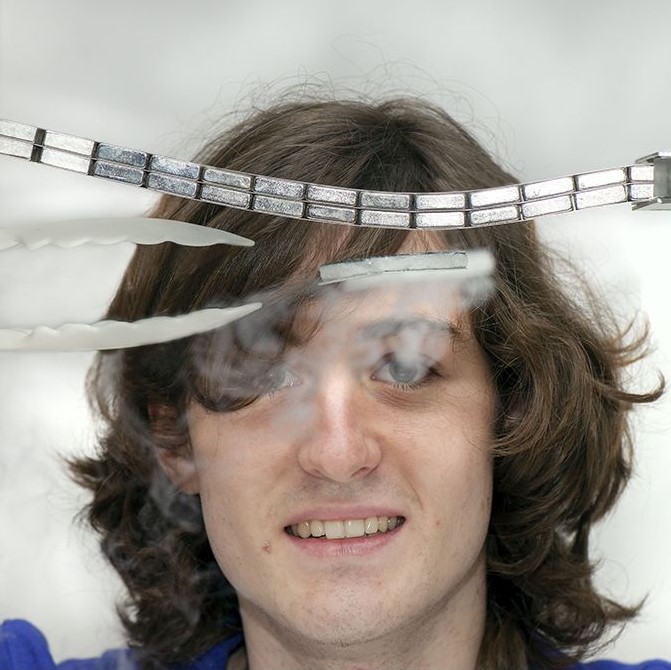 Materials science is enabling an incredibly vast array of new technologies - from cameras to food packaging, nappies to cars, cameras to bullet proof vests. With the increasing prevalence of nanotechnology, chances are that any everyday item you can name has had some materials science involved in its development. The UQ Science Demo Troupe has a wide range of experiments demonstrating the science of materials and how their properties can be tailor made for specific applications. We can even show how it is possible to run on water!

The properties of waves is further demonstrated using sound. Whether it is making metal rods sing, hollow pipes roar or just making big bangs, the UQ Science Demo Troupe is very experienced at making noise. We like to share the science behind sounds waves, and the phenomena it produces, using everything from magnets to blow torches! 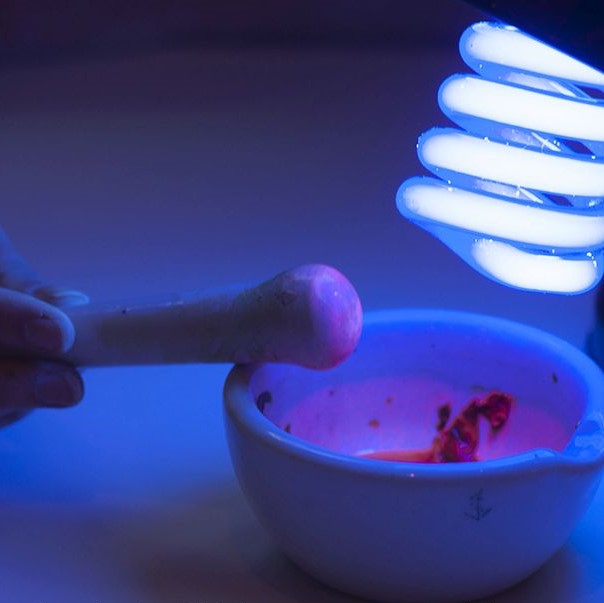 In addition to the topics listed above the UQ Science Demo Troupe has many more demonstrations spanning a wide range of sciences. Topics include: gyroscopes, chemical reactions, circus physics and vortices, just to name a few. If there are particular demonstrations you would like to see the UQ Science Demo Troupe perform, contact us and we can see what can be arranged - we are always willing to develop new content.